I can FINALLY talk about the Jets

After looking at the NFC East EARLIER today, we have arrived to the LAST division in the MEGA preview of the 2018 football season, it is the division that I care about the MOST, the AFC East. The Super Bowl RUNNER UP resided in the AFC East last season and if my PRESEASON rankings come TRUE, that is going to be the case AGAIN this year. The MEGA preview moves to the Playoffs tomorrow with a look at the TWO conferences on the PENULTIMATE day of the countdown.

Finishing in FOURTH place in the AFC East: The Miami Dolphins 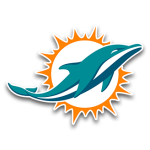 The Dolphins made a QUESTIONABLE move and went with Jay Cutler at quarterback last season, which did NOT work out. The Dolphins are going to be TRASH again this season because they will NOT be able to make up for the LOSS of Jarvis Landry.

PREDICTED record for the Dolphins: 4-12

Finishing in THIRD place in the AFC East: The Buffalo Bills

The Bills have MOVED on from Tyrod Tayler and are going with Josh Allen this season. Allen is REALLY tall and has a LONG arm but the Bills are NOT equipped to be GOOD just yet and are going to STRUGGLE this season.

PREDICTED record for the Bills: 5-11

Finishing in SECOND place in the AFC East: The New York Jets 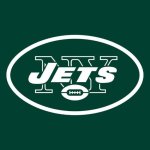 EVERYONE knows how I feel about the Jets. They are going with rookie Sam Darnold as their STARTING quarterback, I think he is going to be GREAT but he needs a COUPLE of seasons to get READY to WIN Super Bowls, so EVEN THOUGH the Jets are going to SURPRISE some people this season, they are going to MISS the Playoffs.

PREDICTED record for the Jets: 6-10

The Pats are the BEST team in the NFL, ENOUGH SAID. It would be a REAL SHAME if the #AviMehtaCurse STRIKED the Pats this season.

PREDICTED record for the Pats: 15-1

With that, the division part of the MEGA preview of the 2018 season is OVER and now we move towards the playoffs starting tomorrow. The football season is only TWO days away, so we can see the FINISH line.