ONE more day closer to football

It is day TWO in the MEGA preview of the 2018 football season, yesterday we took a look at the NFC West, today it is time to look at their COUNTERPARTS in the AFC West.

Finishing in FOURTH place in the AFC West: The Denver Broncos 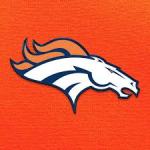 The Broncos have had a DISASTROUS stretch after winning the Super Bowl TWO years ago, and that is going to be the case AGAIN in 2018. They are going with Case Keenum and Chad Kelly as their TWO options at quarterback and BOTH are TRASH. Their defense was the reason that they WON the Super Bowl, but that defense has been TRASH since than and they have NOT made BIG additions to FIX that problem, which is why they are going to be TRASH this season.

PREDICTED record for the Broncos: 6-10

Finishing in THIRD place in the AFC West: The Kansas City Chiefs

The Chiefs made a BOLD move by getting RID of AVERAGE quarterback Alex Smith and going with Patrick Mahomes who has NOT played much in the NFL. This is a BIG move for the Chiefs, because if it does NOT work out, than they will CLEANING house in the off season and I am in camp of them being TRASH this season.

PREDICTED record for the Chiefs: 6-10

Finishing in SECOND place in the AFC West: The Oakland Raiders

In their PENULTIMATE season in Oakland, the Raiders are going OLD school by bringing BACK Jon Gruden who has NOT coached in the NFL in a DECADE, so that is a BOLD strategy by the Raiders, we will see how that plays out. Derek Carr REGRESSED by NOT being able to stay HEALTHY and the NEW offensive system of Gruden is NOT going to work in 2018 and they are going to MISS the Playoffs for the SECOND season in a row.

PREDICTED record for the Raiders: 7-9

The Chargers have the ONLY good quarterback in this division and that is a BIG reason, why they will be the ONLY team to make the Playoffs in this division. They fell JUST short from making the Playoffs last season, but that is NOT going to be the case this season because their defense was REALLY GOOD last season and that should CONTINUE this season in their SECOND season in Los Angeles in the SMALLEST stadium in the NFL.

PREDICTED record for the Chargers: 8-8

That was a look at the AFC West, I ONLY have ONE Playoff team from this division in the Chargers, and OVERALL this decision is going to be the WORST division in football. The MEGA preview will take a TWO day BREAK and the NFC South preview will DROP on Monday.